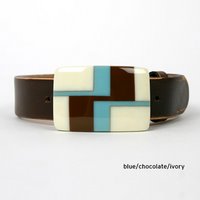 Wow! I love love love these belt buckles. They're made out of sturdy fused glass and they're awsome. They're classy & retro at the same time. You can wear it casually or classy and it will work. Get it at Elsewares...Where else?
Posted by mochablue at 10:27 AM No comments: 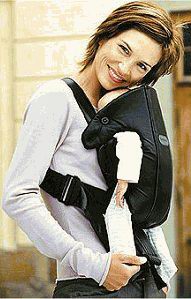 I've posted about a few slings / carriers here before, but I do want to post about the sling that I ended up getting: The Baby Bjorn original carrier.

This is on the high end price-wise, but I must say I love it. Josh loves being in it too. He loves being close to me and most of the time falls asleep on my chest. I also get a lot of stuff done because my hands are free. The construction is sturdy - I feel very secure in it. And now that he's older, he can actually face out and see the world!

Over the weekend, we threw a baby shower for Deb (who is due in two weeks!!), and Shirley who's about 4 months & I were talking about slings. She says she can't understand why some are $40 and others are $80 when they all kinda look the same. I really don't know. Lina uses a snugli and she seems perfectly happy with it. So, I guess I just really liked this for it's look.

Posted by mochablue at 9:54 AM No comments: 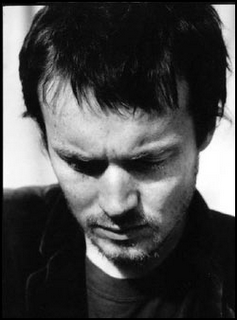 Since I'm on a roll, I thought I'd post again because you'll never know what I get the free time to write again. Boy, kids change your life indeedy!

So, on to Damien Rice. This song (9 Crimes) came on the radio on my way home from the Y. Yes, you heard me right. I heard this song on my way home and it's one of those songs that hit you at the right time, right emotion. I loved it right away. Now, I've heard of Damien Rice before, but this was the first I actually really liked. And when I actually saw his face...I thought to myself, hey, he kinda looks like Heath Ledger on his unshaven / unkempt phase - which i loved, by the way. So I guess it was inevitable, I will like the guy. Now, please if anybody can just tell me what the following verse means:

By the way, he's coming to Oakland on December 6 at the Paramount.

Posted by mochablue at 10:57 PM No comments:

It's been a while since I last posted, and there's a lot to say! First of all, Happy Thanksgiving! Now on to this post.

I've been putting off watching this movie for a while because I know that once I see it, I will get very emotional and most likely will have red eyes by the end of it. But I did see it, and compelled to post about it, albeit weeks later.

I loved the movie. It was a simple but good story. It didn't need a fancy movie star. I didn't need fancy special effects. For this movie, the actual events was great enough a story to hold it's own. I mean, I remember waking up on 9/11 a little after 6 am to the radio alarm and there it was. It was hazy at first, people didn't know what was happening, but something was happening. I woke up after the first tower got hit, but before the second tower. So, as the day went on and you hear about a plane crashing somewhere in an open field, it doesn't hit you right away. Everyone was focused on the Twin Towers. But after the dust settled and news came out that the reason United 93 crashed because the people made sure the terrorist didn't get to their destination even if it meant dying, you feel like there are some good people out there. Angels they are.

The casting was great. I liked the fact that the actors are not so famous that you can concentrate on them as characters instead of actors. I liked the pacing. It seemed like it was in real time and yet it was all happening to fast (and slow) that you can't take your eyes off the screen. The music was just enough to evoke the right emotion. Overall, it didn't feel sensational. There was no political agenda - just one good movie.
Posted by mochablue at 10:13 PM No comments: