Square Plates and Round Bowls 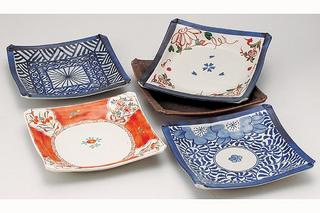 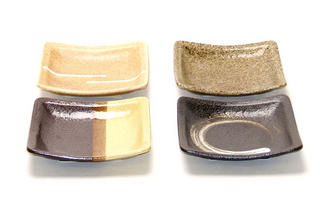 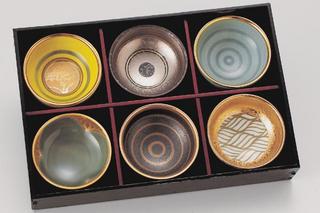 If you're anywhere near Richmond, though, pass by the 99 Ranch plaza area and they have a store in there and the prices are much less than online. They also do nice (I mean nice - with little origami cranes) gift wrapping for free.

Posted by mochablue at 10:07 PM No comments: 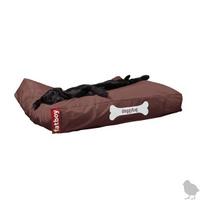 I got a nice (and unexpected) email from Design Public - (Hi Drew!) and as I searched my mind as to why the name was familiar to me, I realized Design*Sponge recently had them featured.

This melted my teeny heart. Look at this cute bed! Doggie looks like he's in heaven. Soo adorable! Plus bed looks so comfy, I want to jump in there.

Posted by mochablue at 11:19 PM No comments: 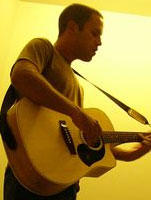 So, of course you know that Jack Johnson rocks. I've been a fan since...well, Brushfire Fiarytales. I loved it so much, I wanted more - and I also wanted to share.

Jack is one of a few artist who allow "taping" of his shows (what Live Music Archive calls "trade-friendly") and the tapers would make CD's of his shows and trade it. In a few interviews, he even acknowledged that a lot of his success is due to his fans "passing around" his music. I know I did my share of making sure people knew about him. One of his best live shows is the one right here in Berkeley: Greek Theater, back in 2001. He was an unknown then - but the music, was great.

Posted by mochablue at 10:40 PM No comments: 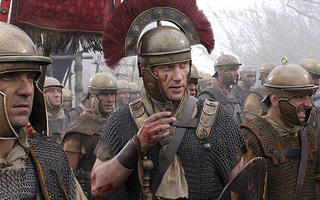 Watched the series premiere of Rome last night - and I may be hooked! My first thought was that it was a little boring...a little too slow, but by the end, I kind of loved it.

I'm a little skeptical about bikini waxes in ancient Rome, but as other have posted on various sites...it is possible!

And I'm strangely drawn to this Vorenus guy. We'll see if I get the same crush on him as I did Crowe's Maximus (and if I do, then maybe that explains it. Maybe I wasn't really into Russel, I was just into Roman Soldiers. Ew, I don't think I like either scenario...but I digress)

I already can't wait for the next episode!

Posted by mochablue at 7:25 PM No comments: 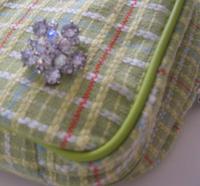 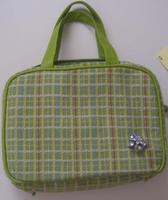 I love my new little cosmetic bag (for travel) that I found in Target. It's called "Granny Chic" - There's a little touch of jewelry on the side. Heh, I think it adds chic to the otherwise granny look. Oh, what am I saying? I'm saying Target has some pretty good stuff lately!
Posted by mochablue at 11:25 PM No comments:

The Cutest Thing Since Chia Pet 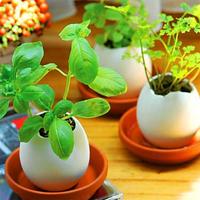 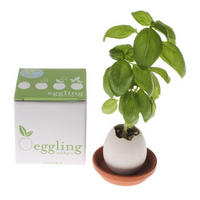 Oh My God! How cute is this? Chip open an Eggling and out grows a beautiful plant! Great for your office desk! I'd love to get one. In fact...I might give these out as Christmas presents! Hey...I know you want it. In case you can't wait, you can buy them at Elsewares.
Posted by mochablue at 10:57 AM No comments: 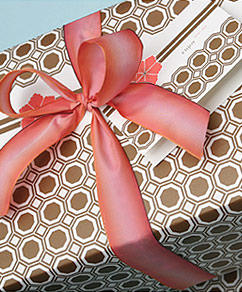 Found on "Lucky Breaks" (30% off this month) This is a cool place to shop for paper. Designs from Heidi Arrizabalaga. Ooh, lala!

Posted by mochablue at 11:41 PM No comments:

My All Time Favorite Racers 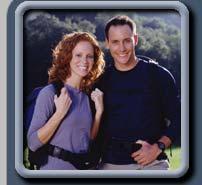 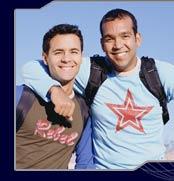 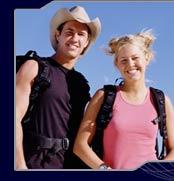 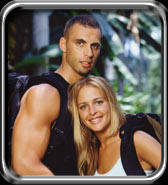 God, I love The Amazing Race. I'm up to watching re-runs of the Race and have realized that out of 40+ teams, there are a few that have been my all time favorites.

1) Kelly / Jon - which was from a weak season (season 4) but I love love love them. Jon is my TAR boyfriend. I don't know what is it about him, but he's hot. Their interaction reminds me of my hubby & I.

2) Oswald & Danny - From Season 2. The beloved Chas! The one who showed that kindness and respect to others can bring you far in the game. Plus, hey, I got a kiss from hot Oswald, who just oozes sex. (reow!)

3) Blake & Paige - The very-close brother/sister team from Season 2. Yeah, Blake is hot. Yeah, they way he calls Pauge "baby" is disturbing, but who can resist them? My first TAR boyfriend (but, had to dump him for Jon)

4) John Vito / Jill - The 9-11 team from Season 3. I had Pre-hated them because of their hook: tregedy brought them together. But they were one of the cutest things on Season 3. Their love for each other is just adorable.

Posted by mochablue at 10:54 PM No comments:

To Six Feet Under 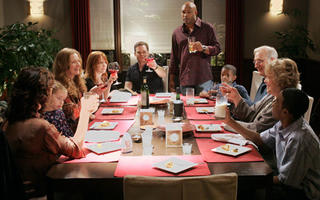 Everybody's already talking about how great the Series Finale was, but I have to chime in and say I loved it as well.

This scene (The toast to Nate) was so beautiful, it brought tears to my eyes.

I loved the epilogue. Knowing what happens to all of them was nice (and original) but at the same time very Six Feet Under-ish. To have everyone have the "White Title Card of Death" is soo approriate to the show. Happy to see David & Keith get married - and to see Anthony is gay (or was that Durrell?). Happy to see Claire and Ted get married. Happy to see Brenda moves on and have a nice husband who loves her.

God, I love this show. It will miss it for sure. Thanks, Alan Ball!
Posted by mochablue at 12:47 AM No comments: 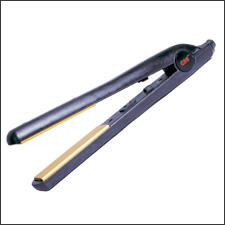 When my Sharper Image Flat Iron started to die on me, I realized I have to get it replaced. I did some reasearch. Countless hours on Amazon, on forums (from Craigslist to Citysearch to Epinions) and one thing was for sure: People really liked the Farouk Chi Flat Iron the only downside was this is was really expensive. How expensive? Hmmm...I won't tell.

But I looked around and was able to get a good deal (with 1 year warranty on Ebay), and you know, I'm loving it. I actually feel like a girl these days. Heh.

Posted by mochablue at 12:36 AM No comments:

You know, I was really surprised when I was browsing through this month's Domino and I find Cafe Du Monde being featured. I mean, we buy this coffee at 99 Ranch or any other local asian market to make Vietnamese Iced Coffee. It's great, we love it a lot, but I never thought it was actually "cool". I didn't even know they had a website: Cafe Du Monde. Our Coffee of choice is the one on the left.

Posted by mochablue at 6:58 PM No comments: 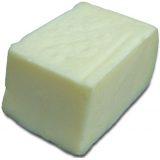 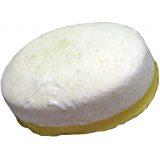 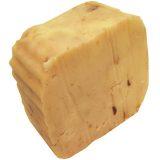 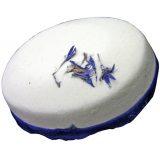 Although Lush is a pretty cool store, I sometimes find all the stuff there overwhelming. But one thing I like is their deodorants. From their literature, they do not believe in anti-perspirants - since that's the body's way of cleansing itself...So if you have to perspire, perspire nicely.

These are a few of their deodorants. What's cool is that with the block ones, you don't have to buy the whole bar...since it's by weight, you can just get a small amount and see try it on for a while.

Posted by mochablue at 10:48 PM No comments: 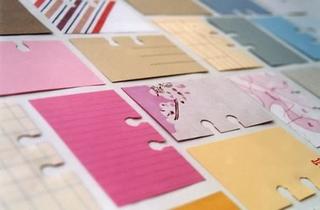 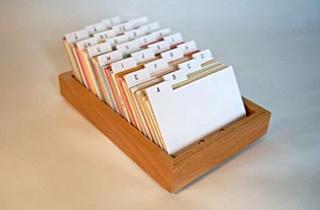 I just want to make sure I post this so I remember that I want to get this one of these days. Found this through design*sponge and loved the "found cards" (from LovelyDesign) for the address file and want to get it, but the address file itself is pretty expensive. The wannabe readymade-r in me wants to just make one (I got a table saw and stuff) but realistically, I'll just get one from Office Max. Or Ebay.

Posted by mochablue at 7:43 PM No comments:

Do you have to be witty to get a neighborhoodie? 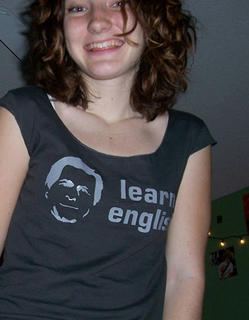 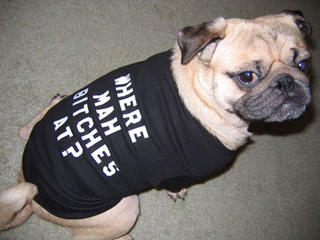 Found this cool site through the latest Readymade (but I may have seen it in Domino as well...I can't remember) but it's quite cool. I've been toying with the idea of getting one for myself - I recently purchased some items as a baby shower gift (or baby arrival gift - I don't know what you really call it) coz it's cool to personalize your gift! But when it comes to picking something for me, I'm at a loss. Coz' it's gotta be witty. It's gotta be timeless...and of course unique.

So neighborhoodies.com sells shirts, jackets and even messenger bags - and they're all decetly priced. Once I get some wit, I'll get a jacket for myself (Let's aim for this winter, huh?) Oh, here's my fave below. 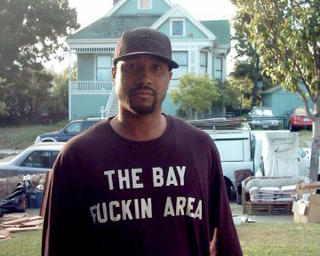 Posted by mochablue at 10:55 PM No comments:

Okay, I don't care if I'm posting about RENT every single day - and I might just up until November. I just can't get enough. You know I love it...and you should love it too - wherever you are.