I'm Attracted to That Guy

It dawned on me today that I'm attracted to the same type of guy. that guy. By that guy, I mean the mold of Heath Ledger. 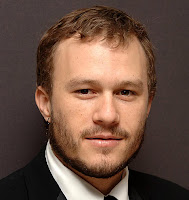 Everyone who knows me knows that I've had a crush on him for the longest time. My heart was crushed at his passing. I've always said my attraction was because of his sexy voice, his shyness and utter un-comfortability at fame, and his acting skills. But I realized that I just think his whole look is hot. And as I think about other celebrity crushes I have...they're all very similarly looking. For example: 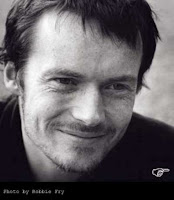 Damien Rice. Yes, I was drawn by his songs, his album "9" is all kinds of good! but I also think he's kind of hot! I've done my "phase" of watching his performances. I even felt really bad when he broke of with partner Lisa Hannigan (whose beautiful voice accompanies him on most of his songs in the album "9").

Then there's TK of the Amazing Race. Yes, he looked like a hippie, but I was attracted to him the whole season and was glad that he won. Of course, there's also the fact that he was a good boyfriend to Rachel and did not bicker with her throughout the race. 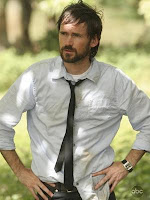 And finally, Jeremy Davies. He plays Lost's Daniel Faraday, and from the moment he appeared, I was immediately attracted. We don't really know if Daniel is a good guy or a bad buy, but he does have a good heart - and he plays this very well.

So what is the common denominator? Is it the beard? God knows I'm not into beards - but somehow, these men carry them well. I also think gruffness is part of it. I've never been into the clean cut handsome kind...but hmm...I wonder who will be next. I still need to fill the voids on my "list".

Posted by mochablue at 9:56 PM